NASA's New Horizons probe brought everyone's attention to the barycentre - the common centre of mass around which two (or more) bodies orbit. Where one body (eg Earth) is much larger than the other (eg, the Moon), the barycentre lies below the surface of the larger body. Where the difference between masses is smaller, or non-existent, such as is the case for Pluto and its largest satellite Charon, the barycentre is clear, as both worlds in such a binary system can be seen to be orbiting around it. 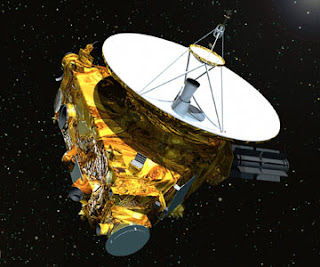